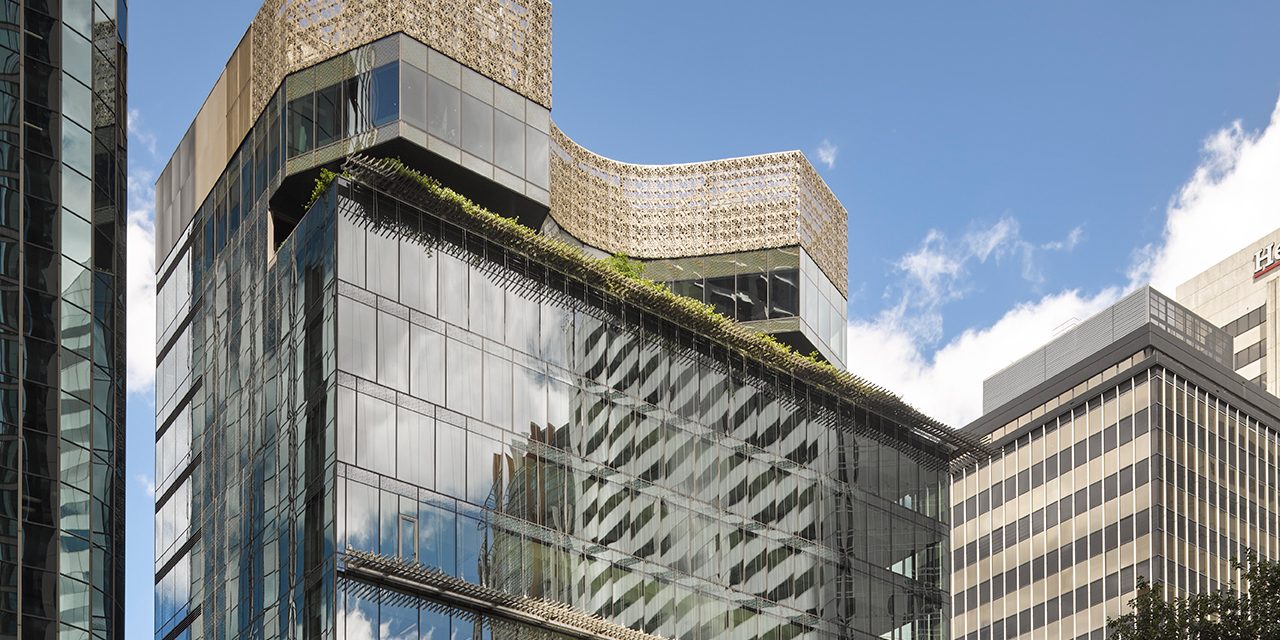 A finalist in the Excellence in Sustainability category for the 2021 AIRAH Awards, The Annex at 12 Creek Street is set among Brisbane’s heritage-listed fig trees. As Sean McGowan reports, the building’s design promotes connection with the outdoors, as well as with others.

Built by Broad Construction for Dexus, The Annex makes full use of a brownfield redevelopment site in Brisbane’s much sought-after Golden Triangle precinct.

The project incorporates the refurbishment of an existing basement carpark, and construction of a new commercial office tower featuring ground-level public plaza, 12 levels of boutique office accommodation, and a Sky Terrace located on Level 11.

“The Annex at 12 Creek Street is a new future-proof workplace where public and private territories merge to deliver a memorable identity,” says architect BVN.

“Its design complements and leverages Brisbane’s memorable Fig Tree Island, creating a visceral experience of being under the canopy, looking through the foliage and being amongst aerial trunks.”

BVN has fulfilled a vision of creating a vertical village, with 7,200m² of PCA A-Grade office accommodation interconnected over twelve levels via “a public stair that connects collaborative workplace neighbourhoods”.

Featuring a side core design, the building’s office levels are able to accommodate both single and multi-lease occupancy, with the ability to subdivide individual floors to a maximum of six suites. This grants flexibility for both the building owner and tenants. 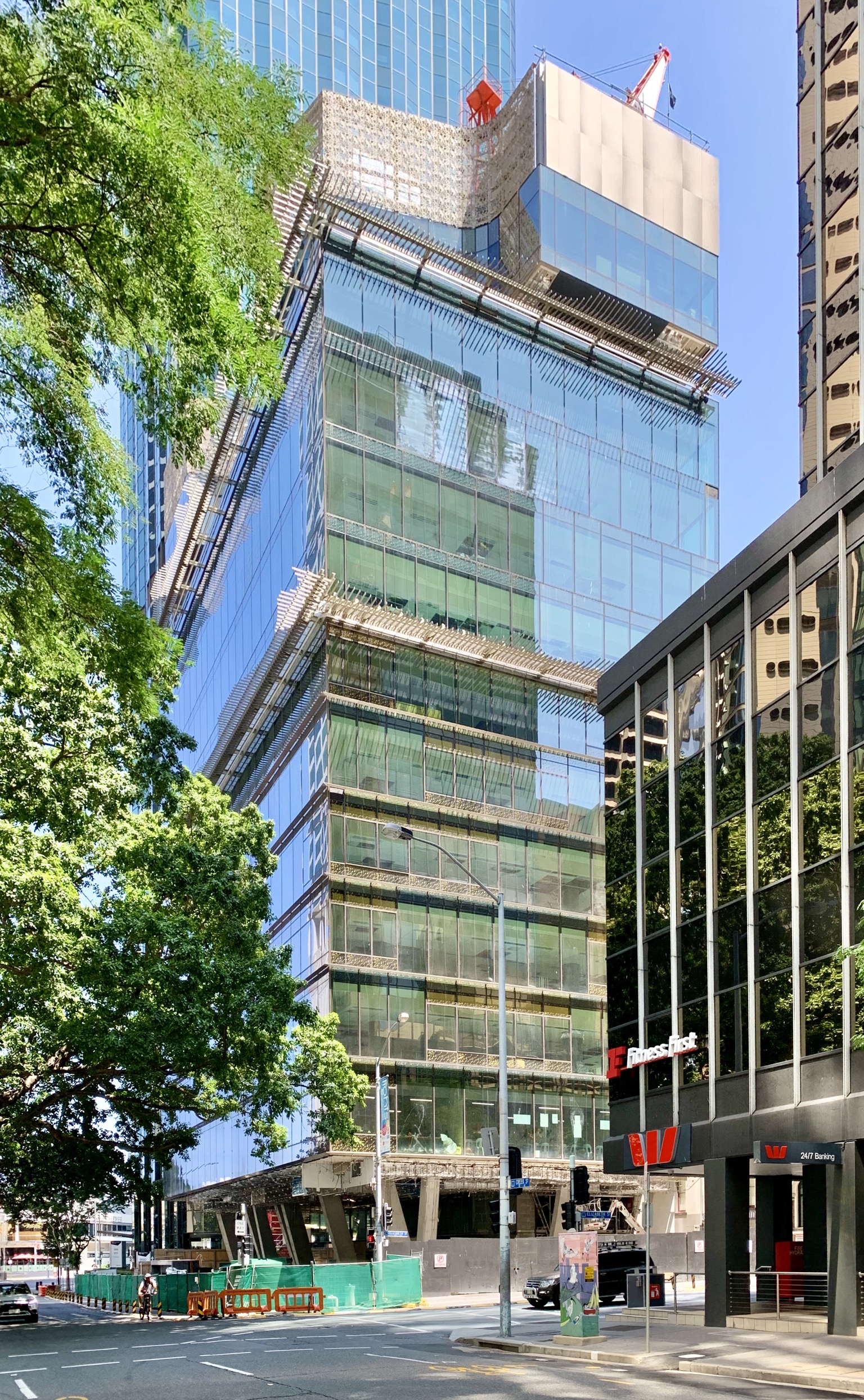 “The building was developed on spec, with no precommitment agreements at the commencement of the project,” says NDY director Andrew Gentner, M.AIRAH.

Sustainability targets were set to align with Dexus’ Sustainability Approach, and took into account the restrictions of the brownfield site.

The HVAC system needed to be able to be turned off in areas of the building where natural ventilation mode was in use, while maintaining conditions in the remainder of the building 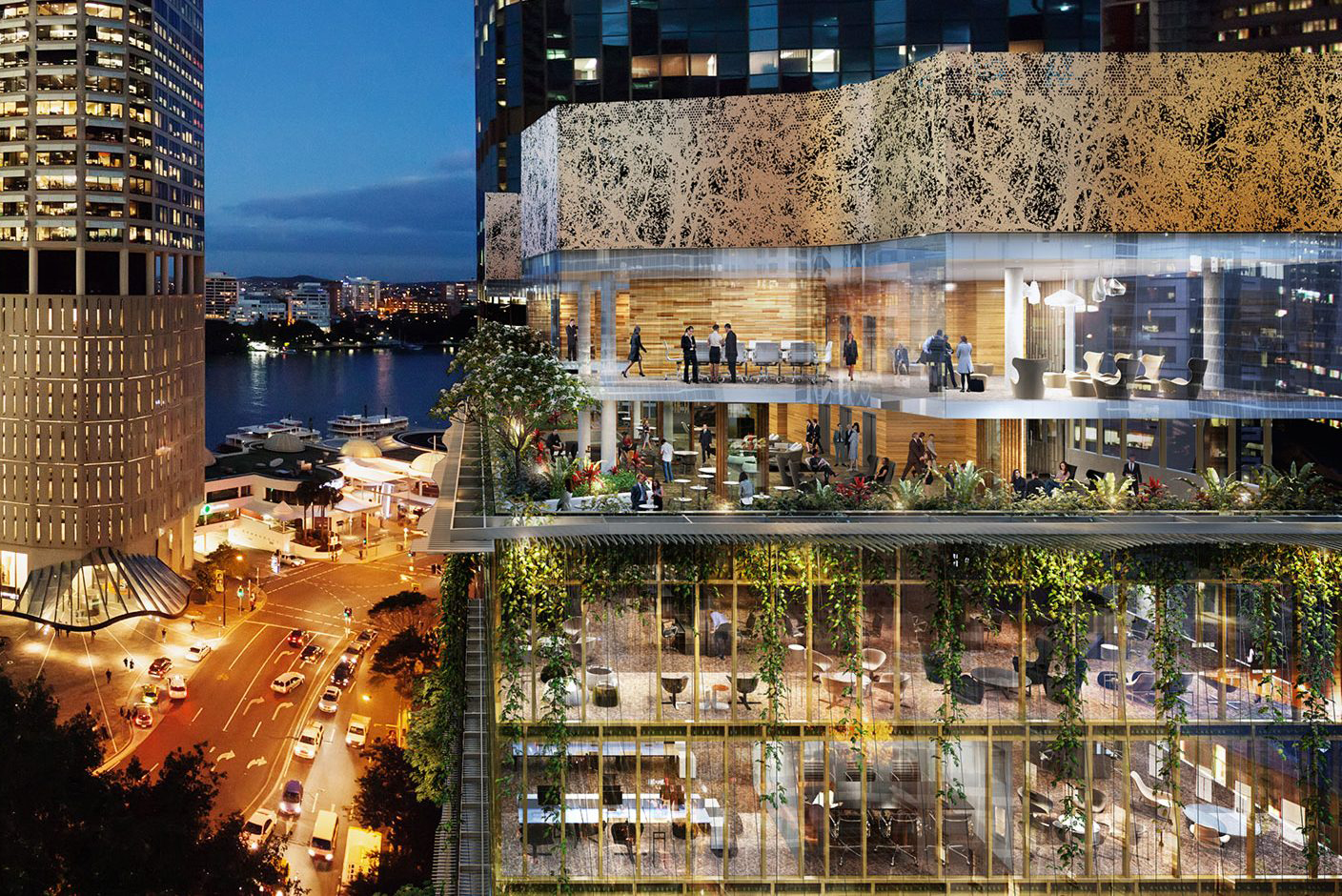 A unique feature of The Annex is its façade. It was designed in keeping with Brisbane City Council’s masterplan Buildings That Breathe design guide that sets benchmarks for building design in the city’s subtropical climate.

The façade of The Annex’s first six levels of office accommodation has been aligned with the fig tree canopy, which according to NDY enables outdoor occupation.

“It is a breathable space linking the indoor area to the outdoor environment, which provides tangible wellbeing benefits,” says Gentner.

The façade on the upper three levels culminates with the Sky Terrace at Level 11 and was designed to mimic a cascading garden.

NDY designed the mechanical systems to accommodate both the breathable façade, and the Sky Terrace.

According to Gentner, the HVAC system needed to be able to be turned off in areas of the building where natural ventilation mode was in use, while maintaining conditions in the remainder of the building.

This led to the selection of a central, low-temperature variable-air-volume (VAV) system, with VAV zones matched to operable façade windows to allow the air conditioning to be turned off when windows in that zone are open.

As the building fit-out was not known at the time of design, the window openings were located in the corners of the building. Operable windows were also located in areas of the floor expected to have spaces that would benefit from the operable façade elements, including meeting rooms and breakout spaces.

As tenant fit-out layouts became available, a full 3D model of The Annex was created by NDY using a virtual environment software package.

“[This] is traditionally used to estimate the likely annual energy consumption of a building following construction,” says NDY’s sustainability, building sciences lead, Nicki Parker, M.AIRAH. “However, given it calculates the heat balance for every hour throughout the year, it can also be used to understand the likely temperatures within internal spaces – albeit at perfectly mixed internal conditions.”

NDY used the software to inform the fit-out design and confirm expected internal conditions, with the operable windows opened every day within the model. This allowed the potential internal temperatures to be calculated. It also gave tenants an understanding of what conditions could be expected without the use of mechanical ventilation and air conditioning.

“The modelling verified the building design intent and demonstrated that with an extended internal comfort range – 18°C to 28°C – and the provision of ceiling fans, spaces could operate for up to 75 per cent of the year using natural ventilation,” Parker says.

The control system adopted for the openable windows is relatively straight-forward, and consists of reed switches on operable windows to control the air conditioning system in the associated zones.

More challenging, however, were the sliding doors to the Sky Terrace on Level 11 that impacted on the zone-pressurisation system performance. This was overcome via an engineered solution by fire engineering consultants Omnii, with management procedures documented in the Fire Engineering Report (FER).

When these doors are held open, the air conditioning to this level turns off.

The low-temperature VAV system selected by NDY provides energy-efficient operation, while being able to achieve VAV zones to match the façade window openings.

According to NDY, when a tenant chooses to incorporate the operable façade elements into their fit-out design, there are a number of items required to be incorporated into the fit-out to ensure the VAV system will operate efficiently.

These include the provision of full-height walls and automatic doors between the natural ventilated spaces and the remainder of the floor – the latter of which are required to close whenever any window is opened.

NDY’s development of these tenant guidelines not only ensure there is no impact on base building comfort conditions, but also protect the NABERS Base Building Energy rating.

This ensures the vision Dexus had to deliver a sustainable asset is realised through the reduced impact of tenant operations on the building.

NDY says spaces could operate using natural ventilation for up to 75 per cent of the year.

LESSONS FROM THE CONSULTANT

In mid-2018, A.G. Coombs was engaged by Broad Construction as D&C (design and construct) mechanical contractor via competitive open tender.

Upon its appointment, A.G. Coombs liaised directly with NDY, which moved into the role of client peer-review consultant.

A.G. Coombs project manager Sean Mewing says the performance requirements of the D&C design were discussed early on in the process.

These discussions focused on the future flexibility of the space to ensure exclusive tenants had suitable options for their fit-out. The relatively small, typical floorplates of about 620m² NLA (net lettable area) were considered as part of this discussion.

“One of the alternatives presented … during the design phase was an air-cooled chiller solution, which resolved a number of spatial issues with the small plantroom footprint,” says Mewing.

Rather than requiring a double-height plantroom space, another level of commercial office space was made available as a result of this solution. A.G. Coombs liaised closely with NDY’s ESD team, which validated the predicted energy performance of this alternate solution.

These are served chilled water by two 512kWr high-efficiency air-cooled chillers, each with its own dedicated chilled-water pump. Two closed-circuit cooling towers are provided for the tenant condenser water loop.

The ground-floor retail tenancies are provided with stand-alone, air-cooled DX packaged systems, which allow these areas to operate independently of the base building mechanical plant.

Being a brownfield site, 12 Creek Street presented a number of challenges, including restrictions placed on the location of exhaust systems. These ruled out car park or kitchen exhaust being discharged into the rear laneway.

According to NDY’s Andrew Gentner, M.AIRAH, these restrictions limited the possible locations for exhaust discharge to the building’s Creek Street or Elizabeth Street frontages.

“This restriction influenced the layout of the ground level, along with the requirement to provide additional activation of the service laneway and podium level,” says Gentner.

“The existing carpark exhaust riser set the location of the discharge on the Elizabeth Street frontage, with kitchen exhausts going to Creek Street.”

The ground-level floor-to-floor height, façade and soffits were all designed to conceal these exhaust systems.

Fine-tuning has taken place throughout the 12-month DLP (defects liability period). This has been led by A.G. Coombs Advisory in the role of independent commissioning agent (ICA).

Fine-tuning has included the resolution of a number of deferred commissioning activities, as well as the establishment of end-use energy and water targets for the building based on NDY’s As-Built Energy modelling.

“One of the biggest improvements during the tuning phase was to smooth out the chiller compressor staging,” says A.G. Coombs Advisory’s John Bourne, M.AIRAH.

“Although the air-cooled chillers had multiple compressors, the combination of very low occupancy and various temperature/pressure reset strategies had resulted in unstable chilled water temperatures at certain times.”

The BMS service provider, together with A.G. Coombs Advisory, worked to modify a number of parameters on the chillers and the BMS. This led to the compressor staging being “smoothed out” and stable chilled water temperatures being delivered.

Despite these initial challenges, no major faults have been experienced, and system performance at The Annex is exceeding expected targets for both energy and water consumption.

Ongoing mechanical services maintenance is now being undertaken at The Annex.

TAPPING INTO THE BLUE

Given its proximity, the existing chilled water system serving the Blue Tower at 12 Creek Street was investigated by NDY for use with The Annex.

Due to the rooftop location of the plantroom on the Blue Tower, and lack of available plantroom and riser space within the tower, any connection was found not to be feasible.

The Annex does, however, share a number of services and interfaces with the Blue Tower including high voltage reticulation, shared basement services and integrated fire mode operation controlled from a single fire panel.

This mix of old and new services required careful coordination during construction and commissioning.

Tenant guidelines ensure there is no impact on base building comfort conditions and protect the NABERS Base Building Energy rating. 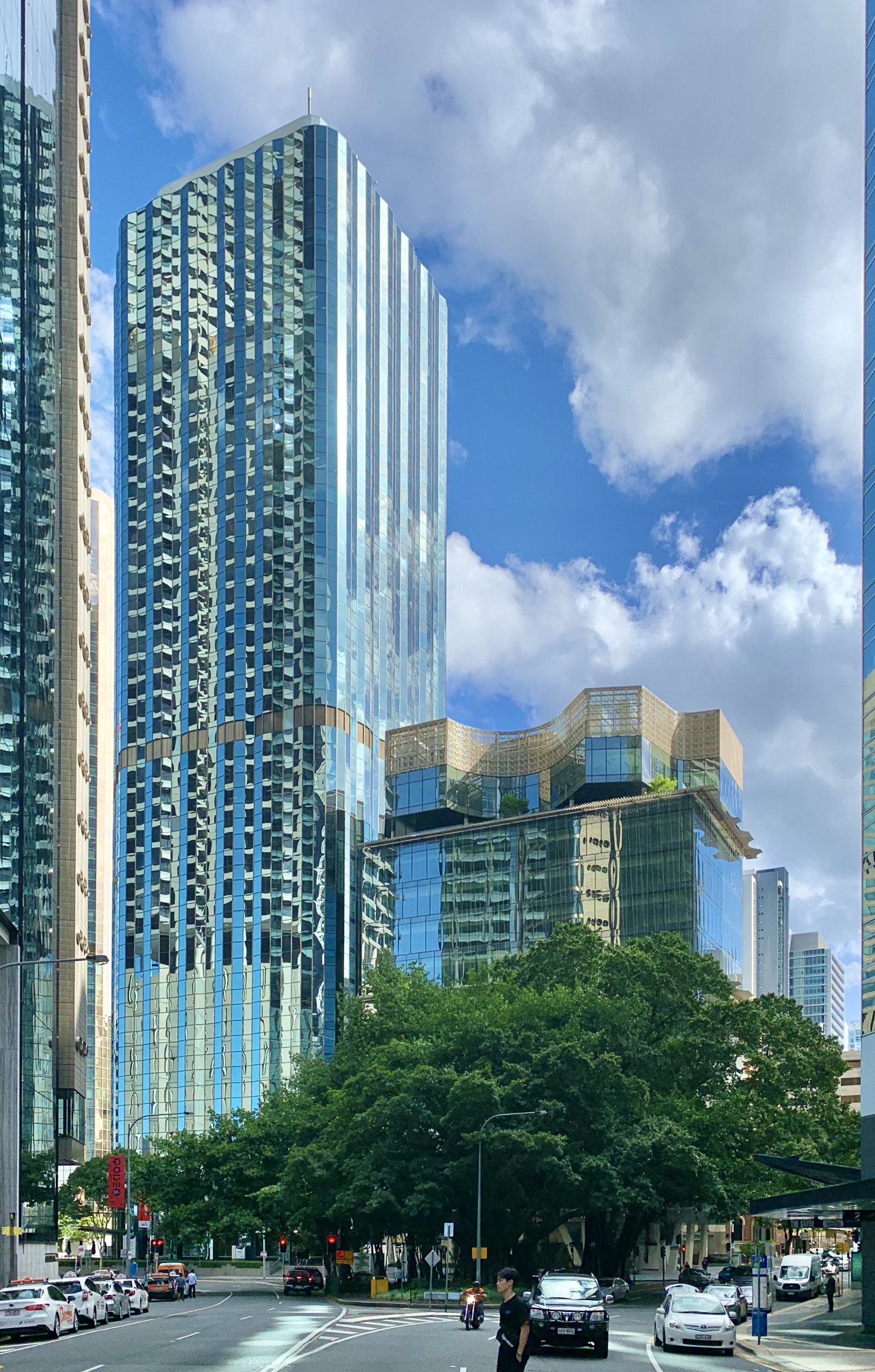 Project at a glance 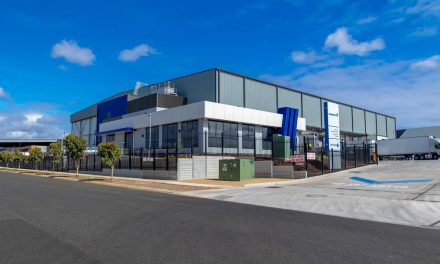 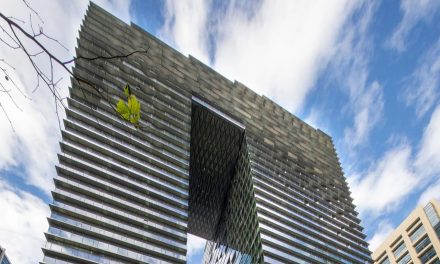 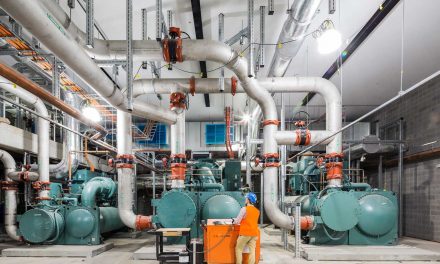 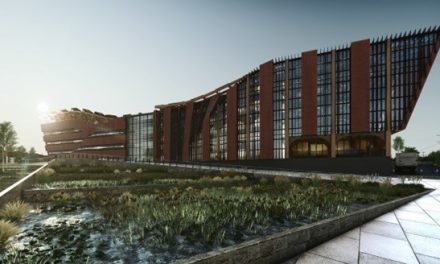